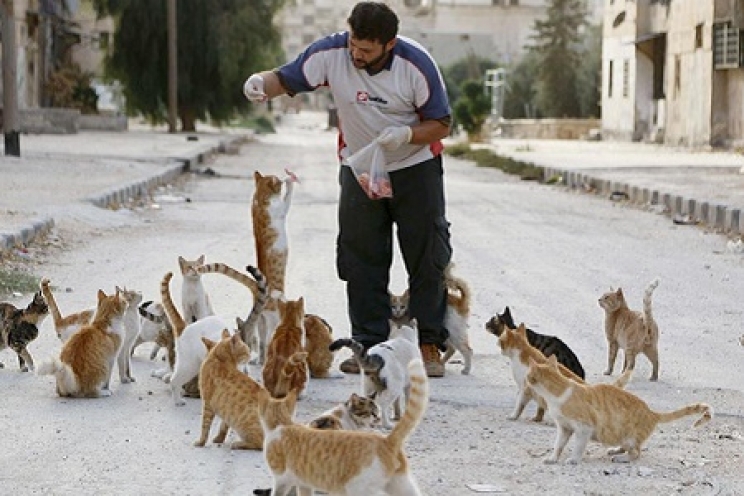 Are we allowed to feed stray animals?

In recent days, we have been hearing a lot about the issue of stray dogs, with particular reference to the possibility of feeding and giving them water on the streets. It is summer, and the life of many dogs and cats that live in the street and in the countryside can really depend on a simple bowl of water and a piece of bread. The law, however, still seems unclear in this regard.

It is a fact that not all citizens and politicians are animal lovers. However, in some cases, indifference attitudes can almost be the same as maltreatment. In the last period, in fact, we are witnessing a real parade of news and cases of unbelievable events, in which the mayors forbid the population to take care of stray dogs, feeding them and quenching their thirst.

All this is definitely absurd, especially when compared to the recent decision of the city administration of Istanbul, which decided to equip the entire city with original dispensers, which in exchange for a plastic bottle to be recycled, dispense a handful of pet food. The dogs can then feed themselves when they have necessity.

Let's talk, for example, of the woman from Siliqua, in the province of Cagliari, who in 2009 found herself with a fine of 105 euros, for offering food and water to a poor stray dog ​​dying in front of her in front of the local nursery. In this case, the Mayor appealed to ordinance 38 of April 1, 2009, according to which it is forbidden to feed a stray animal. The lady's protests and appeals against the traffic police and the mayor were of no use. 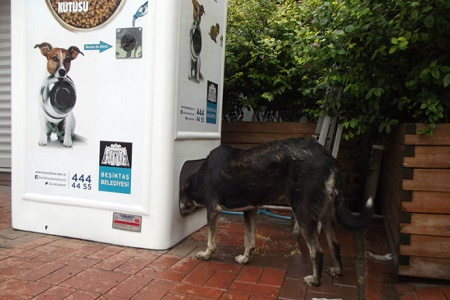 A similar event occurred in 2012 in San Vito dei Normanni, in the Brindisi area, in which the mayor Alberto Magli had issued an ordinance to prohibit feeding stray animals, following a report by the local ASL, "an increase in 'soiling of public land with consequent increased risk of transmission of  endoparasite infections to the population ”. The outcome of the matter was clear: "It is forbidden in the urban perimeter to feed animals wandering around the area".

Again, the citizens did not accept the decision, appealing directly to the animal welfare associations "League for the abolition of hunting" and "Earth". The judge accepted the protest of the animal rights activists, judging the ASL association declaration to be groundless, which had never provided any real and verifiable evidence, as shown in the official text. That is not all. In fact, the Mayor's ordinance was considered contrary to the current legislation on stray animals, in particular the Law of August 14, 1991, n.281, "Framework law on pets and prevention of stray animals”

The ASL association, as the legislation states, is required to control the births of stray dogs and cats, encouraging free sterilizations, and absolutely never killing animals unless they are "seriously ill, incurable or proven dangerous". Also according to the law, "the activists and associations may, in agreement with the local health units, manage and control the colonies of cats that live on the streets, ensuring their health care and survival conditions". Survival depends on some water and some food.

More recent, however, is a similar issue that occurred in Calabria in the last few days. The associations "Earth" and "Association of hunting victims" have appealed to the Regional Administrative Court for Calabria against the Municipality of Cropalati. In 2014, in fact, the City Council had promoted the prohibition, so it is not allowed to "to feed, even occasionally, stray dogs owned by others or without property". According to the Judges of the Calabrian TAR, the ordinance is totally in contrast with the current regulations against the mistreatment of animals.

In conclusion, there is currently no law that can prohibit us from feeding and giving fresh water to stray animals, in the country as well as in the suburbs. Indeed, if some citizens were to complain or call the authorities to prevent us from doing so, they would have no right. 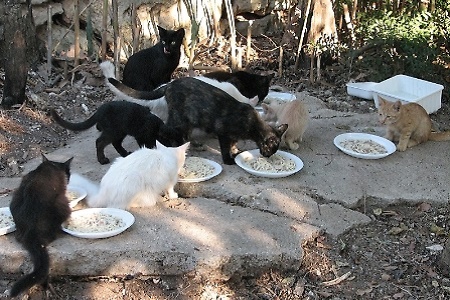 An unfortunate situation that can occur in some cases, moreover, is that the traffic police decides to fine us because we are "smearing" the public soil, whilst feeding a stray animal. Knowing the regulations and considering what has happened in other places in Italy, it is our right to let the Vigilant know that we are not violating any regulations, unless the Mayor has issued a specific ordinance.

Unfortunately, not everyone has the financial means to face an appeal against a fine, however unfounded it may be. Therefore, in these cases we should try to deal with the problem verbally with the authorities, always asserting our rights. Otherwise, we will necessarily have to pay what is due.These things, however, should not go unnoticed.

If, however, there is already a union order, we can rely on the numerous associations active in the animal welfare sector, as happened in the examples quoted in this article.

In conclusion, we can therefore place bowls of water or food for the animals, whilst appealing to our common sense. The water does not get dirty, but the food does, so we try to clean it as soon as the animal has finished refreshing himself.