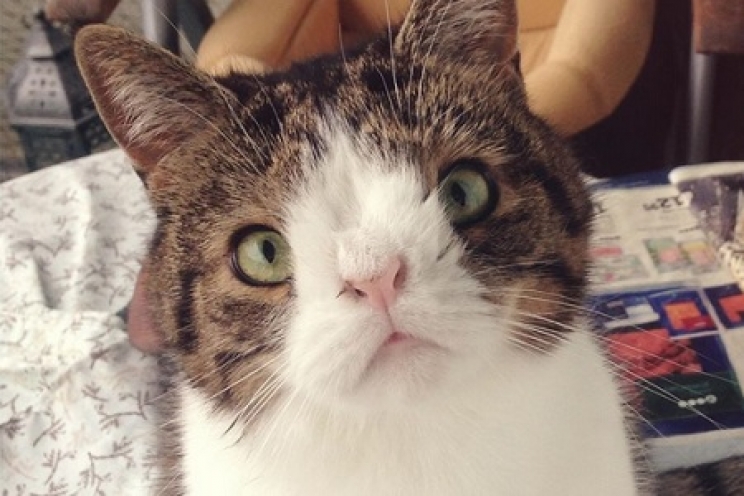 Monty's story and Down syndrome in animals

Certainly, Monty was not born yesterday, but in recent days, the story of this cat with Down syndrome is spreading with incredible speed. Of course, every time a striking case of this type appears, most of us find ourselves asking a thousand questions about the animal world, wondering how it is possible that dogs and cats can also be affected by this syndrome.

We want to give the answer to this question starting from another less recent case, the tiger Kenny. This beautiful specimen of white tiger was born on February 3, 1999 in the United States, and is the result of intense attempts to recreate an individual of this rare species, following numerous requests from zoos and exotic animal dealers. As it often happens when individuals with an extremely pure genetic heritage are crossed - in this case, a broad muzzle, white coat and blue eyes - errors may appear during the transmission of genes. This is exactly what happened to Kenny's parents, who gave birth to the only tiger with Down syndrome.

The disorder is evident already during the first days of life, considering the rather unusual physical traits for a white tiger. However, the actual mental difficulties only become noticeable several weeks later, when Kenny's attitude fails to break away from those of a cub in the body of an adult tiger. 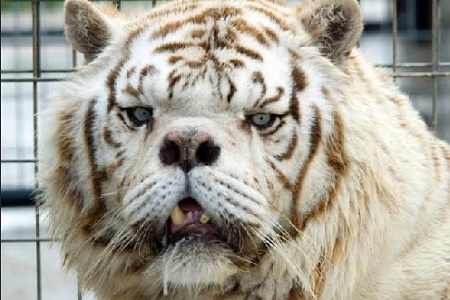 Unfortunately, Kenny's story ends amidst studies and public exhibits in Arkansas in 2008, where he dies of cancer.

In recent days, however, news broadcasts and social networks are studded with photos of another similar case, which concerns a cat named Monty. His life begins, so to speak, when he is found by volunteers from a shelter in Copenhagen. However, little Monty can't find a home, due to his rather odd appearance. The very distant eyes immediately make possible adopters perceive that Monty has something wrong, making them keen on other cats.

After several years, however, Michael and Mikala decide to go to the shelter to adopt a life partner. Despite his unusual appearance, Monty manages to make them fall in love at first sight, finally obtaining the opportunity to conquer a family of his own.

After several days, the couple begins to notice behaviours that are rather peculiar to an adult cat, such as urinating in their sleep. After a thorough visit by the vet, they conclude that Monty is most likely an elderly cat, so his bladder begins to weaken, as it often happens after a certain age.

But Monty, as the people in charge of the shelter firmly state, is by no means an elderly cat. Michael and Mikala thus try to find out if it is a behavioural problem, linked to the presence of other cats in the house, and ask some friends to host Monty for a while. The result does not change, because Monty's bladder continues to function when he is asleep.

The answer to all these questions come a short time later, when the couple decide to investigate further. This is how they discover that Monty has one more chromosome than all other cats, he has three copies of chromosome 21 instead of two. This element is the hallmark of Down syndrome in humans, so according to experts, in the case of Kenny and Monty, it could be the animal equivalent of this genetic disease.

But is it possible then, that animals could be born with Down syndrome? How can we explain this?

Nature is a perfect mechanism, although it can often be considered cruel. In fact, in the animal world, all the weakest individuals tend to be eliminated by the so-called natural selection, of which Darwin has so much discussed.

This is why seeing a dog or cat with this syndrome is so rare. Simply, once the mother notices that something is wrong with one of the babies, she tends to kill him or push him away. As terrible as it may seem, in reality it is the only way nature can guarantee the survival of individuals. 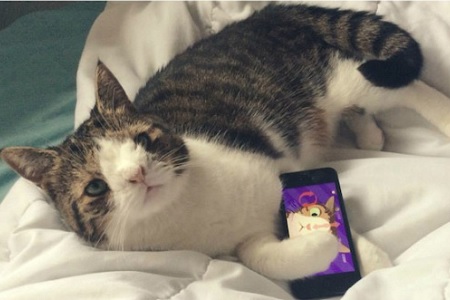 It may happen, in any case, that some mothers do not notice the problem or deliberately decide to ignore it, just as it is not uncommon for some abandoned children to manage to do the same. So many cases appear like those of the tiger Kenny or little Monty.

The presence of Down syndrome in animals can be recognized both by some very specific physical traits, which mainly concern the appearance of the face - as can be seen clearly from the images of the two animals - but also by their behaviour.

Mental problems, typical of this genetic disorder, is more evident in humans, although some unusual attitudes can also be found in animals. In Monty's case, for example, the owners quickly noticed the cat's tendency to urinate in their sleep. In any case, as Michael states, “Monty is particularly sweet, playful and always happy, just like all kittens, despite the fact that he is now 5 years old. He is incredibly kind and very attached to me. He insists on sleeping between my legs every night”.

In short, despite their curious appearance, animals with Down syndrome remain trapped in a body that continues to grow faster than their brains, destined to remain eternal pups. In the meantime, however, sweet Monty is enjoying the popularity he has managed to gain thanks to his extraordinary history.