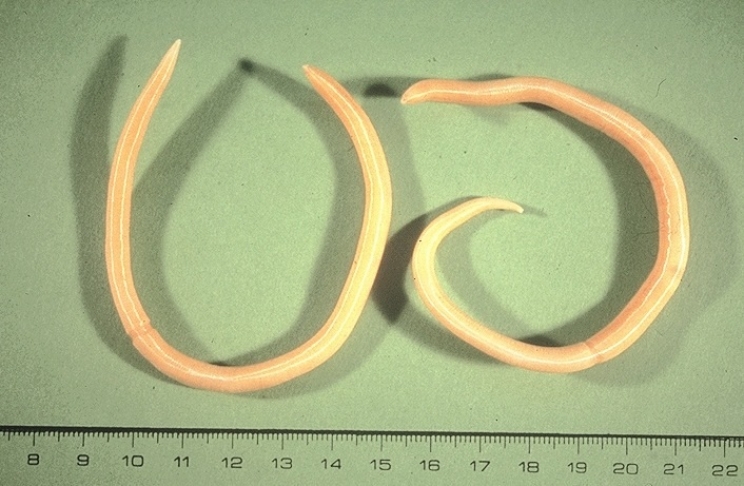 worming in dogs and cats : what are they and why animals should remove worms

When we adopt a dog or a cat, generally when they are small, we often hear doctors talking about worm removal. The dog must ingest a tablet 3 to 4 times, depending on the instructions given by your vet.

But what exactly is intestinal worming? Generally, we are talking about a large amount of worms that will include many different species. They enter in our pets organism and live as parasites, removing nutrients from the organism and causing different types of problems in our animal.

Lets try to understand what worming is and why it is important to remove the worms in our dogs and cats.

There are many type of worms that can become parasites in our animals body. There are so many that is it impossible for us to describe them and mention them in this page. Due to this, we will only be talking about strongyles and roundworms. We will be talking about tapeworms and non intestinal localized worm such as heart worms in another separate article.

There are many worms that live their whole life inside an animals organism whereas others tend to live outside the animals body. Roundworms are part of the first groups of worms, strongyles of the second one.

These worms might also affect humans and in certain circumstances lead to diseases in our organism.

Roundworms are very persistent and are not satisfied with parasitizing the intestine only. They often take a good walk around the dogs and cats body, producing damage where they can.

They have tiny eggs that are undigested by the dog and the cat and are therefore released in its feces. They remain in the environment for a lot of time as they are very strong and resistant. If another animal eats the infected feces, the eggs will hatch inside the other animals intestine. They then start to migrate around the newly infected victim. They start from the intestine, then to the liver, then pass to the caudal vena cava (inferior vena cava in humans) and finally end up in the lungs.

Do they actually stop there? no they don't. They go through our bronchi and trachea to eventually end up in the throat. At this point the animal will notice them in the mouth and will swallow them again. They then go back inside the organism to the stomach and eventually in the intestine where they finally stop and start reproducing, producing eggs.

In all of this process the animals organism will react. If the animal had previous contact with these worms in the past they will try to fight them so that they can stop in the liver without proceeding further.

But (there is always a but) if the dog is pregnant, the worms will proceed towards the placenta and infect the new baby inside the mother before birth. If we are talking about a cat, the worms will move towards the breasts, infecting the newly born baby through the milk assumption.

Ill let you imagine what a migrant worm would do in all of this process through the organism: hepatitis, abdominal pain, pulmonary problems, diarrhea...

If the adult worms which are found in the dogs intestine eat food and produce eggs, these will also be visible in the feces with a microscope inspection at the vet. If the worms are in great quantities, some of them will die and it is possible to observe them in the feces with naked eye as long and white.

Amongst the strongyles that infest our animals body we find Ancylostoma caninum present in the dog and Ucinaria Stenocephala which will affect both dogs and cats.

These worms live outside the animals body for a period of time and feed themselves until they are ingested by the animal. They then copy the exact same round about the roundworms we mentioned above did. They are however shorter and much more dangerous. In facts, these worms do not feed on the food that the dog ingests but instead they have a sharp mouth opening full of teeth that will pierce the intestine, sucking on the blood.

Besides all of the rest we have other tragic consequences such peritonitis or hemorrhagic diarrhea which will lead to anemia. 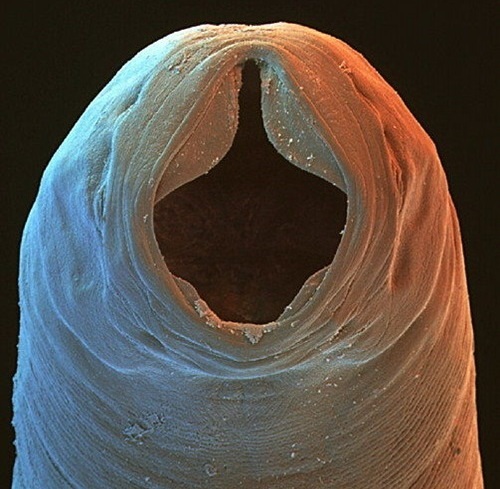 How to prevent them

There are some special tablets or vaccines you can give your dog to prevent and kill worms in their organism. These must be prescribed from your vet. In order to prevent these in children (very important) it is very important to clean your pets feces and cats litter box as they are domestic and will stay in the house with us throughout the day. We cant really prevent other external factors that might have worm eggs but we can avoid places which are crowded with dogs. (or simply avoid places where owners don't pick up their pets feces)

Dogs are more affected by these worms because they tend to lick on the floor more often than cats, which are more wary.

The removal or prevention of these worms is most likely to be done by your vet, generally 2 and 4 weeks after birth. The treatment then goes on every 45 to 60 days up to 5 to 6 months. It is also very important to remove the worms  from the mother before and after birth (to avoid the passage of the worms through the milk)

The medicine used to remove these worms can be easily purchased in your local pharmacy, with a very accessible price. This medicine will be able to kill all the worms we mentioned earlier. It is so easy, that this process must be done without hesitation to assure our pets health.