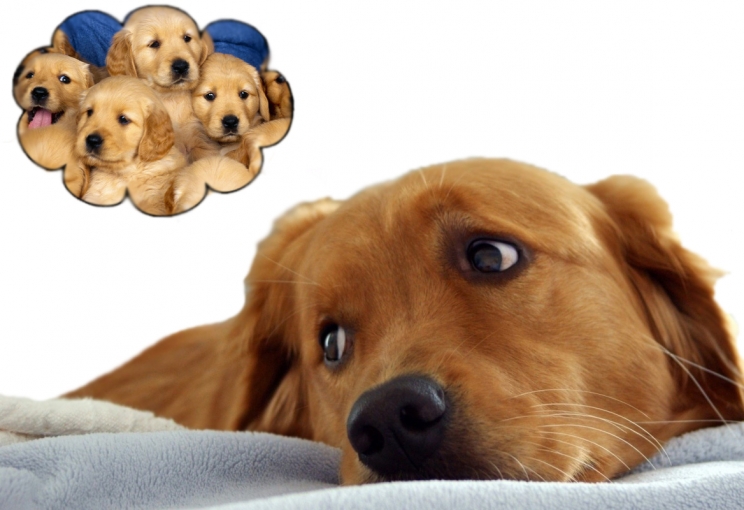 Phantom pregnancy in dogs, what is it and how do we treat it

False pregnancy or phantom pregnancy is very common in female dogs. However, rumors and false myths about this situation circulate around the internet. Lets find out what this is really about.

If we had the chance to talk to our neighbor we might hear them talk about how their dog tend to hide small stuffed animals inside its bed and will not let anyone touch them.

Obviously, these experiences are more common for dog owners. Some people tend to talk about this event as something normal and funny at times. Others, instead, might get worried and will mention it to their vet.

Phantom pregnancy is not a disease, so it should not cause a major problem in our pet’s lifestyle. On the other hand, it can appear in different physical and psychological symptoms in our dog; some of these might cause stress and frustration.

The best treatment for this situation is totally up to your dog and its reaction to this event. Stealing the stuffed animal is no major deal, but when your pet will start to bite whoever comes close to the toy or shows major symptoms of pregnancy then it is time for us to intervene.

What is false pregnancy

False pregnancy is a typical situation your female dog might face. If we come across it in our cat, it would not be as rare or surprising too. Your animals will start to face all of the effects of a pregnancy even in the absence of sexual intercourse.

Your dog will act in a different and more bizarre way, similar to the way she would react as a mother to her babies. Some major symptoms of phantom pregnancy might be:

We can give meaning to false pregnancy in two possible ways. 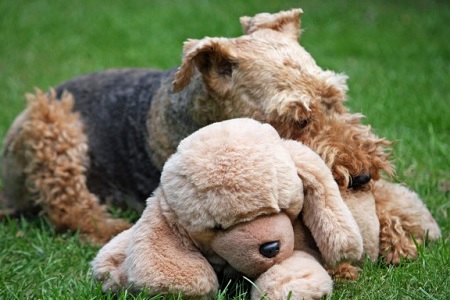 The first theory is the ethological or behavioral theory. In this case, the phantom pregnancy is explained throughout the natural ethological base of dogs.

In fact, in the pack, the pregnancy is taken over only by the dominant female, which is fertilized by the dominant male or the leader. Regarding the rest of the females, they should still get their menstrual cycle but do not have the opportunity to mate with a male.

The rest of the females, which are on heat but are not being fertilized, have a major chance of false pregnancy. The female dog will produce a reduced amount of milk, preserved for the imaginary babies she thinks she is having.

If the dominant female is not able to produce enough milk for her babies, the rest of the females, which are in phantom pregnancy, might intervene to help her with their milk.

The physiological explanation to this situation is much more complex and will need a brief introduction first.

Our dog, just like humans and other species, faces a period, in which various organic and hormonal changes occur in preparation for a possible fertilization and pregnancy.

In our female dogs, this cycle is named the estrous cycle and it is formed by 4 phases; 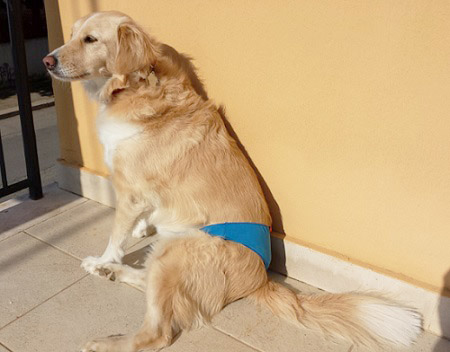 Generally, a dog period will corresponded to proestrum, and it will occur twice a year, so after about 6 months each time.

These phases are regulated by the main female hormones in the body, estrogen and progesterone, which will act alternatively during the period.

Estrogens have the task of favoring fertilization, so the amount of this hormones exceeds during the estrum and proestrum phase. Furthermore, it would reach the maximum peak of hormones at ovulation.

On the other hand, progesterone will intervene to produce the perfect conditions that will enable pregnancy. It acts on the uterus, so it can comfortably fit the future fetus. Its production will start to increase during the metestrum phase and most of the beginning of the diestrum phase.

If there is no fertilization, progesterone levels fall, so its production will decrease drastically at the end of the diestrum phase. Estrogen will benefit from this, as they will start again to enable the next cycle.

Another very important hormone is prolactin; as its name indicates it stimulates milk production and the maternal behaviors in our dog. Its production is correlated with estrogens so it will increase especially at the end of the diestrum phase, where progesterone levels fall.

Therefore, it is in this phase were we can come across phantom pregnancy in female dogs, with maternal behavior and milk leaking from breasts.

Moreover, false pregnancies can also be visible in sterilized dogs, especially if the surgery is carried out in the middle of the diestrum phase.

When we remove the ovaries in our dog, it will lead to an immediate reduction of progesterone levels, stimulating the production of prolactin.

How do we treat it

If the symptoms are a bit more noticeable, there might be some consequences in the animals’ organism and to its psychological balance.

The first risk to this condition is the infection of mammary glands that might lead to mastitis.

Other than that, this pregnancy will cause stress and anxiety in your dog. She will feel frustrated and nervous throughout the false pregnancy; especially when she realizes that she did not have puppies. 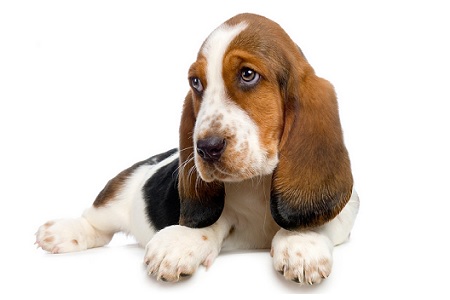 To prevent this from happening, we might consider sterilizing your dog. Through this method, you will avoid the estrous cycle and all of its risks.

As an alternative to an operation, we can approach a more behavioral therapy were we basically have to avoid giving them stuffed animals or toys. By doing this, we avoid the dog to attach itself to the object.

We must also relieve her stress and distract her by bringing her out more often or stimulating her to interact with us and play more often.

If you are not much of a skeptical person, a good remedy is to use Bach flowers. In particular, in the case of false pregnancy, the best floral alternatives are especially;

The last remedy available is the pharmaceutical therapy. These medicines contrast prolactin production. This therapy is took into consideration only in extreme cases, as they can cause more problems than advantages.