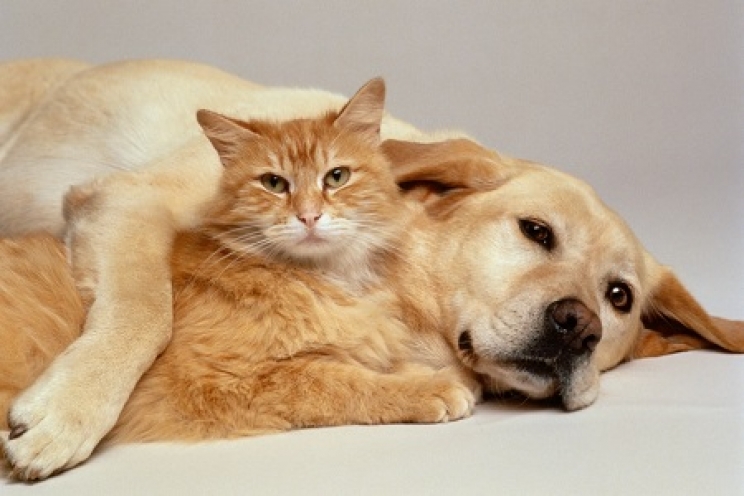 One of the most difficult experiences for dog and cat owners to deal with is epileptic seizures. The animal throws itself on the ground, trembles, drools, no longer responds to any stimulus and can even defecate or urinate uncontrollably. These episodes, lasting a few seconds or a few minutes, can be caused by a condition quite difficult to understand and diagnose, known as "epilepsy". Let's find out what the causes may be, how it occurs and what the therapy is.

Defining epilepsy is not easy, considering that there are still ongoing studies to try to identify the nature of this problem. However, it is essential to clarify one aspect before starting to analyse epilepsy: epileptic seizures are not a disease, but the symptom of a condition that can trigger them, as we will see later.

As for the definition, the one most adopted by professionals was proposed by the ILAE (International League against Epilepsy), which defines the epileptic crisis as "a transient appearance of signs and / or symptoms due to an abnormal, excessive or synchronous  neuronal activity in the brain”. Let's try to make sense of this complex sentence. 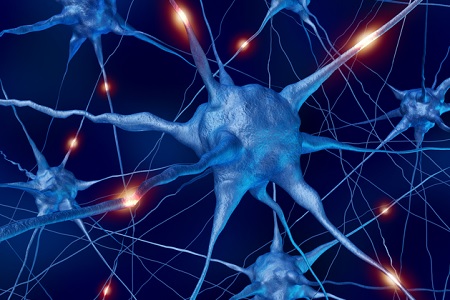 The brain is an extremely important organ, capable of collecting all the stimuli that come from outside and inside the body, processing them and at the same time sending commands and signals. Everything we think, do or say depends on the brain, including behaviour and other autonomous functions, such as breathing or heartbeat. All this is made possible by the presence of neurons, specialized cells in the transport of information, which act as a large communication network in every part of the body. Their ability is to activate or inhibit certain functions.

The epileptic seizure appears when the balance between excitation and inhibition of neurons breaks down, leading to excessive or abnormal activation. If this "defect" stops in a limited area, it is generally referred to as a "partial crisis". On the contrary, a "total crisis" occurs when the neurons of the area affected by the problem "infect" those of the neighbouring areas, activating excessively different parts of the brain. Therefore, the excessive excitability of a small group of cells adds up to that of the others, leading to synchronous hyperactivity.

Each of these cells has a specific function in the body, whereby the body is stimulated to carry out certain movements, without having real control by the brain. Above all, the voluntary muscles respond, which, once activated "from above", begin to contract abnormally, giving rise to convulsions. The same speech can be applied to any other part of the body affected by the crisis, such as the muscles of the face, the eyes or jaw.

An epileptic attack normally follows a specific scheme; these are the four phases:

This is the pattern of a real epileptic crisis, but the symptoms can still vary from one animal to another. We refer to an "epileptic state" when the crisis lasts for an extremely long period of time, even several hours. This is a very dangerous situation, which requires timely intervention by the veterinarian.

The reasons behind epileptic seizures can be many. First, we need to distinguish between three types of epilepsy: primary or idiopathic, secondary and reactive.

"Primary or idiopathic epilepsy" is a very particular condition, in which every possible diagnosis - after performing the appropriate tests - highlights the absence of other conditions that could cause epileptic seizures. The causes of idiopathic epilepsy are actually still unknown, although the hypotheses include above all genetic factors that lead to abnormal brain activity.

We speak of "secondary epilepsy" when epileptic seizures are the symptom of a condition that affects the brain directly or indirectly, such as:

"Reactive epilepsy", on the other hand, concerns situations that do not directly affect the brain, but which can in any case trigger epileptic seizures, such as intoxications - for example, from pesticides or ethylene glycol, ie antifreeze for cars - and some metabolic causes , like:

In case of suspicion of epilepsy, we must clearly rely on our veterinarian, who will be able to intervene in the most appropriate way, especially from the point of view of the diagnosis, which is not at all simple. To facilitate this task, it is advisable to film the animal during an attack, showing the video to the veterinarian.

Generally, the diagnosis is based on a series of investigations and examinations, indispensable to exclude any possible condition that could trigger epileptic seizures, such as:

In the case that none of these tests show any possible alterations, we can proceed with a diagnosis of primary or idiopathic epilepsy. 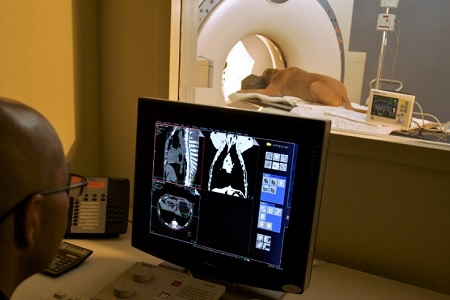 Epilepsy is not curable, but it is possible to keep epileptic seizures under control through a good therapeutic protocol, which must be administered throughout the life of the animal.

The most used drug in these cases is phenobarbital (trade names: Gardenale, Luminale), an anticonvulsant belonging to the barbiturate family. The effect has a duration of about 12 hours, so it is administered twice a day, with a dosage that is precisely established by the veterinarian. Once therapy is started, a blood sample is taken after 2-3 weeks, to check if the concentration of the drug in the blood (phenobarbitalmia) has reached a balance. A low dosage, in fact, may not be effective in reducing seizures, whilst a high dosage can affect the quality of life of the animal, as well as its liver. Once the correct dosage has been identified - which is absolutely subjective and must be established only on the basis of phenobarbitalemia - a check examination can be carried out every 6 months, also monitoring the liver.

Alternatively, there are other solutions, such as potassium bromide - to be administered only to the dog - suitable especially for dogs suffering from liver problems or for which phenobarbital is not effective enough. In cats, potassium bromide is not recommended, as it can cause serious respiratory problems.

Other molecules may be benzodiazepines (e.g. diazepam, trade name: Valium), to be administered in association with phenobarbital or in case of very strong epileptic seizures.

The purpose of a good anti-epileptic therapy is to reduce the appearance of epileptic seizures - it is often impossible to eliminate them completely - without adversely affecting the quality of life of the animal, which must continue to carry out all normal daily activities, without feeling excessively stunned.

What to do during attacks

Often the epileptic crisis upsets the owner more than the animal. Unfortunately, there is not much we can do to help him during an attack, so the fear is combined with a sense of helplessness that prevents us from staying calm.

In any case, what we have to do, however difficult it is, is not to panic. We must avoid shouting or getting nervous. On the contrary, we talk gently to our four-legged friend and turn off the television or radio, to try to make him feel comfortable, especially once he has recovered after the attack.

Only in the event that the attack should occur whilst the dog or cat has food in the mouth, we must extract it to prevent it from going sideways, increasing the risk of suffocation