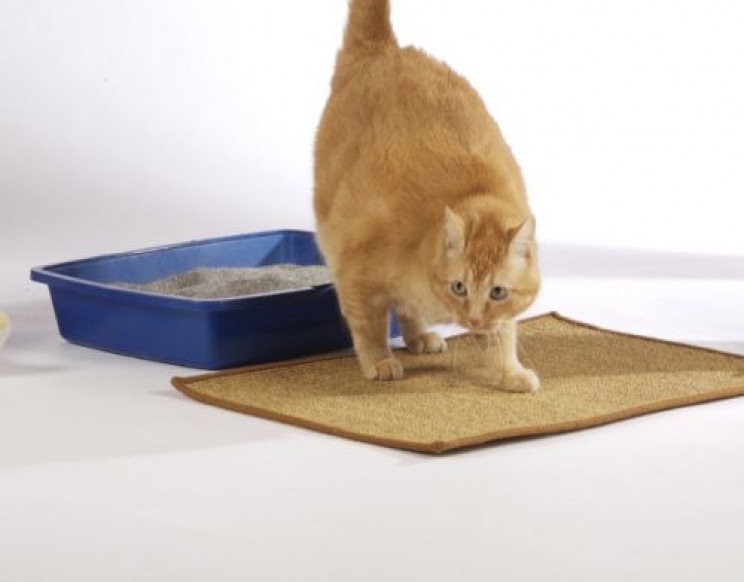 Cystitis in dogs and cats: a dangerous situation

Cystitis is inflammation of the bladder. It is a very underestimated pathology by owners, and even if it may seem strange it can also lead to death.

In this article, we will try to understand what the causes of this situation are, but above all how to recognize the problem as soon as we see that our animal is sick. We will then be able to  take him to the vet as soon as possible. Waiting for too long could be fatal for them.

Let's start immediately by saying that this situation affects cats much more than dogs, and males much more than females. If you have a male cat, perhaps castrated, you must be particularly careful.

Cystitis is inflammation of the bladder, as we said earlier. The bladder is a "reserve" organ, which is used to collect urine coming from the kidneys, and then expel them all together at the right times. The functioning is very similar to our human bladder.

This organ expands a lot, depending whether it is full or empty, but obviously in a limited way, so the urine, at a certain point, must be expelled.

There are two types of cystitis: the first case is caused by bacteria, similar to what we can have in any other organ. Its symptoms might be pain, irritation and urine with blood traces as the bacteria ruin the bladder wall. Fortunately, it is not obstructive. It should be treated nevertheless because it is very painful, and your vet will be able to find a solution with an antibiotic treatment.

The other type is caused by crystals. It has nothing to do with precious stones, on the contrary; we commonly refer to them as stones.

Then there is the type of nutrition: the richer it is in minerals (in particular magnesium), the higher the risk that these substances, eliminated by the kidneys, accumulates in the urine; first it will form small conglomerates, similar to sand, then it will form real stones.

These situations, are not complicated by bacteria, but they are dangerous because they are irritating. (imagine yourself having stones in the bladder ...) Especially in the male, where the urethra (which crosses the entire penis)  is long, narrow and curved, it can cause these pebbles (that try to get out with the urine) to get stuck causing a bladder blockage.

Bladder blockage means that urine just stops passing. The cat also strains, tries to expel it and so other stones enter the urethra, aggravating the problem. The animal might remain without urinating even for days.

Have you ever experienced the feeling of having a full bladder? perhaps because you couldn't go to the bathroom for an hour or two because you were doing something important? Remember how you felt and image what it would be like for your animal to have a blockage for two entire days.

When you don't urinate, your bladder fills up. When it is impossible to dilate further, it does not break because it is very resistant. However, the ureters, the two tubes that connect the bladder to the kidneys, begin to fill up. Then, the urine begins to press on the kidneys, which stop working. In addition, since they are all vital organs, if they stop working they will probably lead to death.

How do we treat it?

The thing that I was most concerned about in the previous paragraph is to make you understand how serious the lack of urination can be. Obviously we will be able to realize that there is some problem through these symptoms; he looks sick, he is sitting to seek some relief, he tries to urinate but only emits a few drops (which is usually enough to dirty his hair) and can also expel blood droplets because of the stones that "scratch" the bladder. 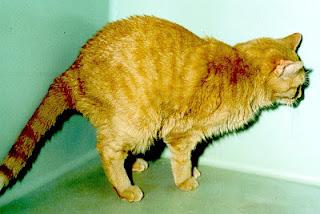 We need to bring him to the vet as soon as possible, who will first make a catheter (a syringe in the bladder to facilitate the expulsion of urine, to give the animal some relief). Then, determine if the problem derives from bacteria (we will then proceed with an antibiotic treatment) or if it is due to the crystals, which must be removed.

We first try to push the crystals back into the bladder by pushing with a catheter if possible. If it isn't, we might have to proceed with a surgery. The important thing is that we go to the doctor immediately, because if it is too late, the kidneys could be compromised, and the situation might be irreversible. So let's be careful.

If everything works out for the best with the stones, the vet will prescribe a change of nutrition in addition to the normal medicines. The animal will get better within a few weeks, and at this point, most owners usually go back to the old diet they had before: this should not be done!

When you change your diet for this type of problem, you have to keep up with the new type of food. We do not act as "self-taught" veterinarians just because the animal is looking better, but we continue with the professionally given therapy. The animal is predisposed, and there is a chance these stones might reappear, so be careful.