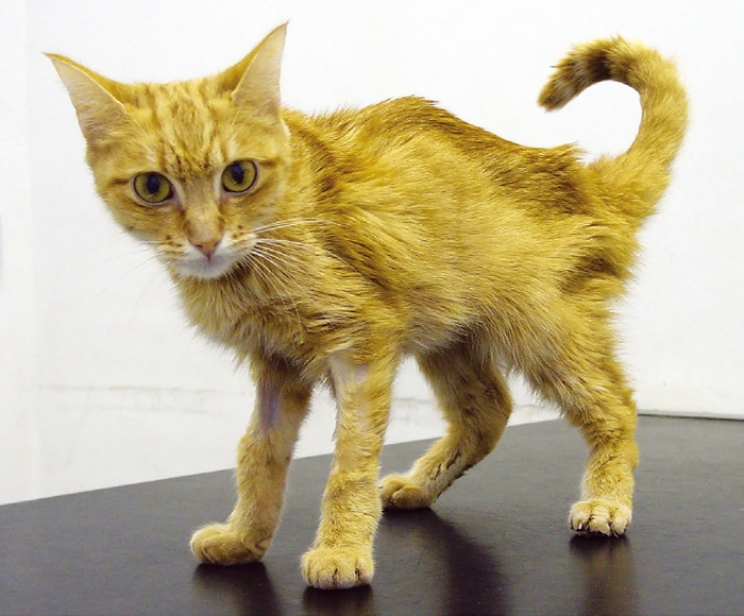 Chronic renal failure, how to recognize it and and save an animals life

The kidneys are among the most important organs in the body. Generally, we don't consider them, and when we think of vital organs we think of the heart or the brain: many don't know that if the kidneys stop working, we die.

This applies to both our pets and us. As loving owners as we are, we need to be able to intervene on time if something is wrong.

The main job of the kidney is to filter the blood and thus eliminate the toxic substances that are ingested with food or that are created by the body itself. What are commonly called slags.

If the kidney suddenly stopped working (acute renal failure), for reasons such as kidney infections, we would realize it. The animal would feel sick, would not eat and would have a fever. We should immediately take him to the vet. We could find a solution in order to completely treat the animal.

If there is a situation of chronic renal failure, however, this is not the case.

The kidney is an organ unable to regenerate itself, and once it is destroyed it remains as it is, and the only chances to save the animal are dialysis (artificial kidney) or transplantation.

In its favour, however, there is the fact that the kidneys have a great compensatory capacity. If 30% has stopped working, the remaining 70% roll up their sleeves and manage to do the work of the missing part. Think of the people who lack one kidney and are able to live peacefully with the other.

Chronic renal failure occurs especially in elderly animals, because the stimuli that cause it must act for a long, long time.

Wrong diet, too many drugs taken in the course of life, environmental problems, small renal malformations, infectious diseases such as infectious peritonitis in cats are among the many causes that can slightly damage the kidney, but which in the long run lead to loss of its functionality.

At first, this loss is not seen at all, so we do not know if it exists or not. At some point, symptoms begin to appear, which are increasingly evident over a long time, several months actually.

Knowing how to recognize these problems means, in most cases, saving the life of the dog or cat, because there is a "point of no return" beyond which the chances of survival are almost at zero.

How to recognize chronic renal failure

When there are no symptoms, of course, no one can tell that the kidney is starting to malfunction. Not even the vet can do it, precisely because the kidney can compensate for the loss of function, and the blood and urine tests are perfect.

We begin to realize that something is wrong when the dog or cat starts drinking and urinating more than normal. So far the cause could be the heat or physical activity. Let's not be alarmed, but let's start paying closer attention to precise details to its routine, especially if the animal is elderly.

The dog or cat will progressively begin to eat less.

The kidney, in fact, for its normal functioning, firstly filters and then reabsorbs liquids because it filtered a little too much. Resorption stops working initially, and more water than normal ends up in the urine; for this reason the animal urinates more (and drinks more to compensate).

Then the filtering part stops working: thus, the toxic substances remain in the blood and are not expelled.

This state of malaise leads, as we said earlier, to loss of appetite. By eating less, the animal also begins to lose weight. 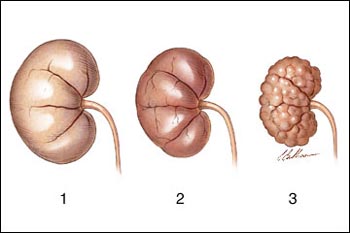 Subsequently, these toxic substances will give problems to other organs: one is the stomach, the animal will vomit more and more frequently; another is the intestine, he will have diarrhea. Then there are the mucous membranes; the animal will have ulcers in the mouth, particularly evident when yawning, red and painful.

From here on, we will get to a rather rapid deterioration, and we will notice it because the animal's breath will smell of urine and because the animal will hardly move anymore, it will always sleep. This is when the kidneys hardly work anymore, and the animal is practically poisoned by all the toxins in its circulation.

We don't have to get to this situation. If the animal starts to drink more, vomits occasionally, has intermittent diarrhea that goes away after a few days and then comes back ... Let's take it to the vet and not postpone the visit.

At this point the situation is clearly evident from the analysis, and the sooner we realize it, the sooner a therapy can be started. It will be a therapy that will keep the kidneys in their current state, and will include medicines, physical movement and a change in diet. The kidneys cannot heal, but we can prevent them from getting worse and keeping the situation as it is.

To make this possible, the therapy must be continued throughout life: stopping it means that the kidney will start to deteriorate again.

Chronic renal failure is one of the main causes of death "from old age" of people and animals. Realizing its presence means diagnosing it, and diagnosing it means guaranteeing the animal months if not years of life.