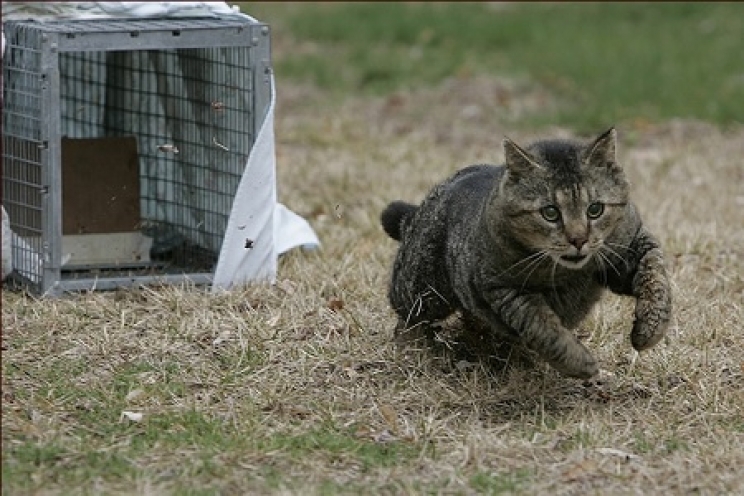 How to catch a stray cat

Stray cats, tend to be very suspicious. It may happen, however, that they need to be taken to the vet urgently or simply be taken to be able to move them to a new home. But how can we catch a stray cat that does not allow itself to be approached easily?

The situations in which it may be necessary to catch a cat can be many. For example, let's think of the stray sterilization plan promoted by all Italian municipalities. In most cases, these animals are so active and agressive that the only way to take them to the vet is to sedate them. Likewise, stray dogs often fall victim to cars, serial poisoners or the normal dangers of street life, so they may need a visit or intervention from the vet.

Another situation may be that the cat has found a family of his own, but does let anyone get close to him at all.

In all these cases, some techniques can be put into practice, which we will analyse in detail, from the simplest and obvious ones to the most complex.

First, we need to make sure we have plenty of time. So that we can proceed with some indispensable preliminary operations, which in some cases even take several days, to increase the probability of success at the time of capture:

All of this may be impossible to put into practice if it is an emergency, for example an injured cat, which in most cases will be too debilitated to escape. In these circumstances, we may therefore have to automatically switch to the capture system.

The ways available to try - and maybe even to succeed - are many, but the most important thing to keep in mind is that cats are not always sweet and cuddly. The more frightened and distrustful he is, the more likely he is to attack us.

So let's get ready with gardener gloves, long-sleeved sweatshirts, blankets and all the less bulky protections that come to mind. We must also prepare the pet carrier that will serve to welcome the cat.

Let's see the various methods available to us to capture the animal:

Given the sad episodes that unfortunately have become increasingly widespread in the last period, we recall that the mistreatment of stray animals is a severely punishable offense. Therefore, the indications given in this article are intended exclusively for all those who have a real need to catch a cat with the sole purpose of treating it or improving the quality of its life, for example by transporting it to a new home.