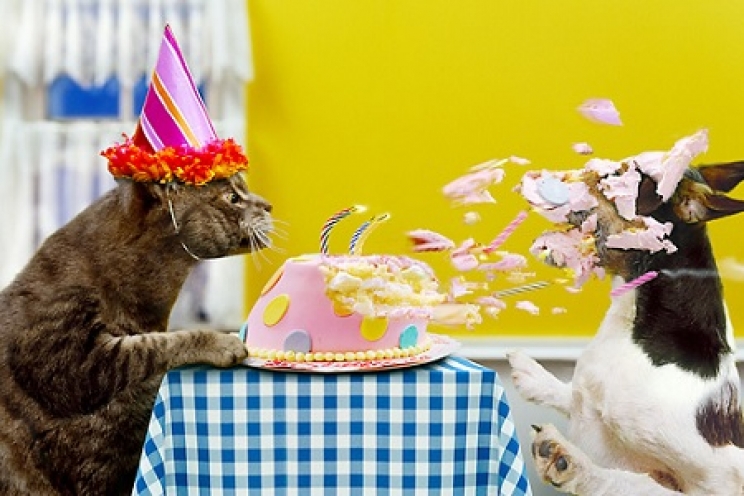 How to calculate your pets age in human years

One of the most curious aspects about our animals is that there is a correlation between their age and ours. In particular, we all grew up with the idea that a "human" year equals to 7 dog years. For the cat, however, the versions are different. Here is the exact calculation of the age of the dog and cat, converted into "human" years.

Let's start from the age of the dog.

First, we must take into consideration the age, but also the size of the animal. As it is known, in fact, larger dogs, such as Terranova and San Bernardo, generally have a shorter average life than small and toy dogs, such as Chihuahua and Pinscher.

Within the first year of age, we will calculate 15 "human" years instead of 7, as mistakenly believed. If this reasoning seems strange to you, think of a simple aspect: puberty. In fact, dogs from 6 to 12 months of age complete sexual development, so they can mate and reproduce. If one dog year corresponded to 7 of "our" years, all this would not make sense. On the contrary, within 15 "human" years, we perfectly fit with pubertal calculus. For larger dogs, however, within the 40 kg weight we calculate 14 "human" years, whilst over 40 kg it is reduced to 12.

Starting from the second year of age we remain among the 23 "human" years of a small dog, 24 for intermediate sizes, going down to 22 and 20 for those respectively within and over 40 kg of weight.

Beyond 2 years of age, the calculation continues in a linear way, adding 4 years to each past year, but always relying on the age originally assessed based on size. So a 3-year-old dog will be considered on average approximately twenty-eight year old, whilst at 9 he will be comparable to a middle-aged man.

As for old age, however, as we said, large and giant dogs tend to age earlier than toy breeds. According to this reasoning, a 13-year-old Chihuahua will be considered a sixty-eight year old, whilst a Saint Bernard of the same age will have already passed the eighties in "human" age.

This is why there are small dogs that can exceed 15 years of age, whilst bigger breeds won’t.

Let's move on to the cats now.

In this case, the calculation of the 7 "human" years is wrong, as for the dog. During the first two years of age, the relationship is very similar between the two animals, for which one feline year will correspond to 15 "human" years, while 2 to 24 years.

The calculation continues adding once again 4 "human" years for each year of the cat's age on a regular basis. In fact, removing minimal variations in weight, for example between a European breed cat and an imposing Norwegian Forest cat, there are no significant differences that require a distinction in the calculation.

So, a cat can be considered middle-aged around 9-10 years, while it can be compared to a seventy year old from 14-15 years. That is not all. As many of us know, it is not difficult to hear about real feline Highlanders, some of whom exceed 20 years of age, making them 90 years old and centenarians. Will it be thanks to their seven lives?