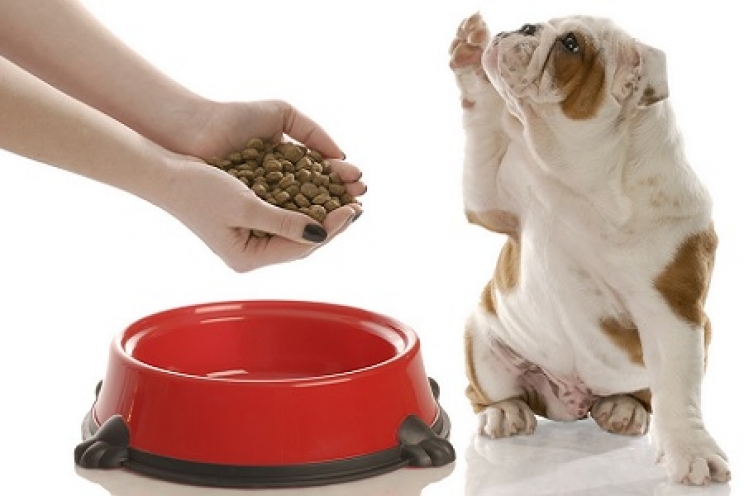 Food intolerances and allergies in dogs and cats

Food intolerances and allergies are one of the most common diagnosis in our animal. Let’s further investigate what are they, how they show up and what are the remedies.

What are allergies and intolerances?

In our animals, as well as for us, unwanted reactions from the body against certain substances contained in the foods we eat every day can occur.

Until a few years ago, this problem was poorly understood and clinically overlooked as a potential cause of certain conditions and health problems. Only recently, doctors and veterinarians have become aware of the real risk posed by food intolerances.

Let's try to understand what it is. 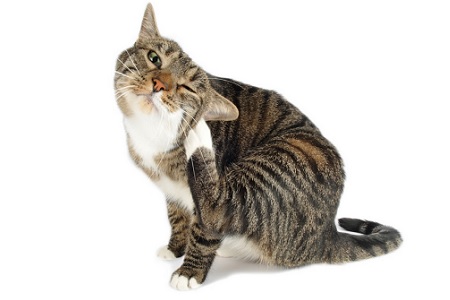 When we talk about food allergies, we must have a clear definition. Allergies are nothing more than an incorrect or disproportionate reaction of the immune system towards a practically harmless substance.

At the base, there is an "error" of our organism in cataloguing between "good" and "bad" substances. This is how some foods can be confused with something potentially harmful to our body, and as such must be eliminated.

The immune system cells then activate and begin to bombard the food particles, causing a strong inflammatory reaction. In some cases, this reaction can become so strong to cause the so-called "anaphylactic shock", with serious consequences for the animal.

Food intolerances, on the other hand, are a complex problem, which makes even a possible definition difficult. Let's start from a classic example, which involves both humans and animals: lactose intolerance.

When we drink milk, enzymes, called "lactases" are released into the intestine, which divide the main milk sugar, lactose, into two much smaller sugars. It is precisely in this small form that these sugars can pass through the cells of the intestine, until they reach the blood.

If lactases are not produced in sufficient quantities, the larger sugar is no longer able to pass through the intestinal cells as it is not broken down into smaller sugars; therefore, it remains within the digestive system. In this way, it will start to draw water from the surrounding areas and to ferment, just as it happens during the production of wine. In this way, the typical symptoms appear such as diarrhoea and flatulence.

In addition to enzyme deficiency intolerance, we also find other forms.

Among these, the main one is the so-called Food Residue Syndrome. In fact, in most of the foods we eat, there can be residues of substances used for breeding and agriculture.

In particular, these substances include antibiotics, hormones and supplements, which are administered to slaughter animals.

All these residues can induce reactions in the intestine and later in the whole body of the animal, especially in the most sensitive dogs and cats.

In both cases, the consequence is a strong localized inflammation, therefore only in the intestine, or spread throughout the body.

Both food allergies and intolerances are grouped within the category of Adverse Reactions to Food, which entail very similar symptoms.

What are the symptoms?

Animals suffering from food allergies or intolerances may exhibit symptoms that are not specific. This means that before reaching the right diagnosis, it can take a few months, because often a symptom is confused with other conditions and pathologies.

In general, we can group the manifestation into three main groups: 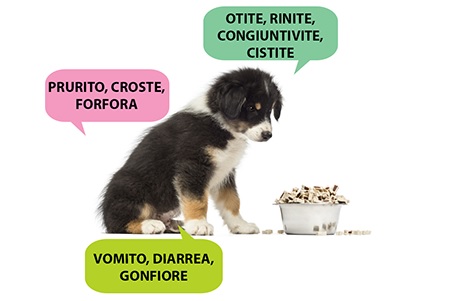 If the animal continues to exhibit one or more of the symptoms listed above, despite specific therapies, it is very likely that it is an allergy or food intolerance.

The most "incriminating" foods

In general, we can say that the problem is not always identifiable in a specific food, but mostly in the presence of chemical and pharmaceutical residues in meat or fish.

For this reason, it is often sufficient to resort to an organic food, without necessarily having to replace the nutrient source.

For some animals, however, the process of eliminating the current food may be necessary. We must exclude the most "incriminating" or dangerous ingredients, which are more exposed to the risk of chemical contamination.

Foods that we might want to eliminate due to higher chemical contamination risk are listed below:

These ingredients are usually the main content of store bought food for our animals. Therefore, the chances that your animal might have developed an intolerance or allergy from these is pretty high. 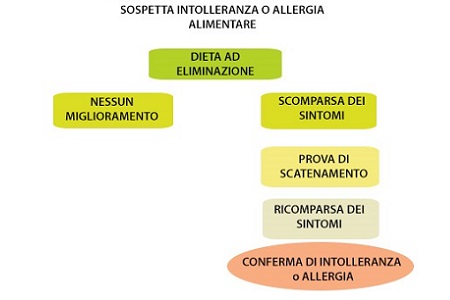 If your dog or cat exhibits the typical symptoms of an allergy or intolerance, you should first talk to your vet, who will be able to determine whether it is appropriate to suspect such a problem or not.

The main therapeutic process involves the replacement of the current food with a mono protein or nutraceutical type, equally effective.

Nutraceuticals, on the other hand, in addition to the single-protein formulation, also include the integration of some essential nutrients and herbal remedies, useful for alleviating inflammation caused by intolerances and allergies.

It proceeds through an elimination diet.

For at least 3-6 weeks, the new food must be fed to the animal. After the necessary period, two results can be obtained: