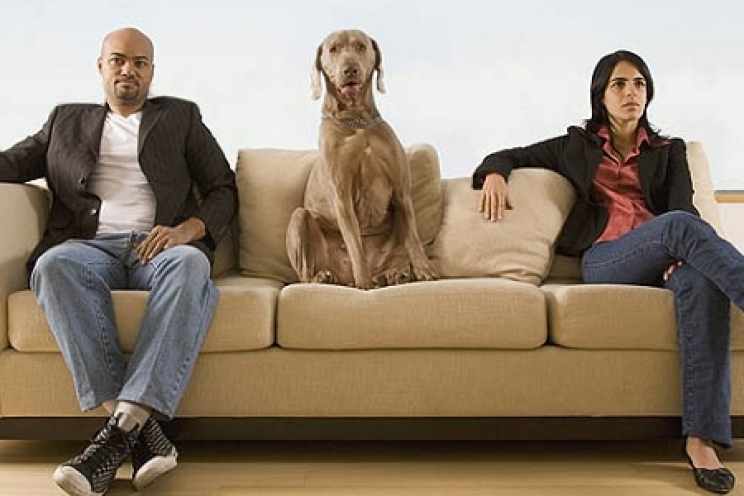 Jealous dogs that growl to strangers or partners

You spend the vast majority of your time with your pet, but when you finally find "human" love and you decided to take the big step forward and go to live together things might get complicated. The problem arises when you dog starts to behave in an aggressive way with your partner and refuses to accept him as a part of the family. If the dog is jealous of the owner, we absolutely must solve the problem before it becomes more and more serious. Let's see how.

Why does the dog become jealous?

It is certainly not only a matter of great affection, and must ask ourselves what kind of relationship we have established with our dog. Many owners tend to create an exclusive bond with their four-legged friend, who will inevitably feel threatened by the arrival of a child, a boyfriend, a husband, a stranger or anyone else who invades our personal space. 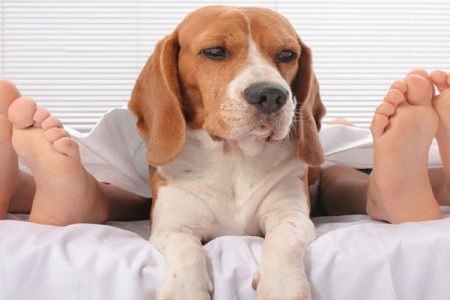 These are some of the causes, indicating the potential enemy as the letter B:

The problem behind many attitudes of this type is related to a protective instinct that the dog feels he has to put into practice towards anyone approaching the owner. The typical situation is precisely the dog that protects the owner from the husband or the wife.

Some dogs, however, may also be jealous of both owners, but alternately. For example, if we are sitting on the sofa with the dog, he may not want his wife to approach and vice versa.

The reason is that the dog feels threatened in some way and feels the need to express his discomfort by growling.

Some people like to interpret this behaviour by using the theory of dominance as an excuse. Some others prefer to use different terms, such as "accreditation", but in essence the concept is that the dog feels that he is at the risk , just like a child growing up without rules. The result is always great insecurity, which will push him to see threats everywhere.

What can I do to help my dog accept other people in the house?

We must absolutely avoid beating the dog. Certain methods are no longer used and accepted, because they go against respect for the animal and are also counterproductive. We want our dog to respect us, not to fear us.

Firstly, let's ask ourselves what our relationship with the dog is like. Have we always slept with him on the bed? Did we always feed them?, cuddles, attention? Are we the only ones to take him out for a walk? Do we defend him against everything and everyone, even when he has inappropriate behaviour?

All these attitudes are harmful to the dog's psychological balance. He must see us as its guide, not as the only human being worthy of trust in his world.

There is nothing wrong with sleeping with the dog on the bed, as long as our four-legged friend behaves in a "normal" way.

If he begins to show aggression against anyone who approaches our bed, it is our responsability to  get rid of this habit immediately, giving him a comfortable bed to use in a quiet part of the house.

If we refer to some problems caused by partners, children or other acquaintances, we must follow some simple tips: (remember that B symbolises the person causing the problem in the house)

Anyways, this type of problems usually needs the presence of a behavioural vet or an educator. They will be able to solve the problem before anyone gets hurt.