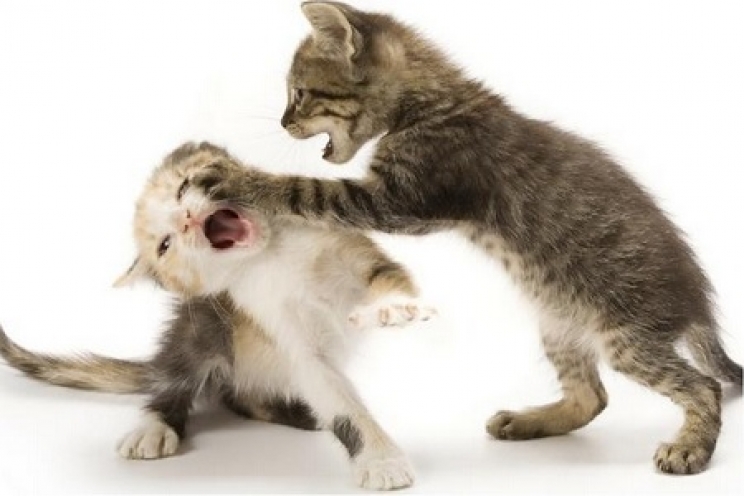 Can we educate our cat?

When we want to adopt a pet, we often try to evaluate many aspects, to understand whether to orient ourselves towards a dog or a cat. Many of us go for a dog, as experiences or common opinions believe that cats are not at all trainable and sometimes it can become difficult even to teach them simple "daily manners". However, is this really so or is there a way to educate a cat?

They are said to be selfish, detached, spiteful and ready to run away at the first useful opportunity. In fact, most people who think this way have most likely never had to deal with a cat accustomed to domestic life.

Surely there are many differences between dogs and cats, otherwise there would be no obvious alignment between fans of one and fans of the other. However, it is also true that, just as for us humans, everyone has his own  precise personality. So you may find a shy cat, not very inclined to be pampered - probably because he is not used to contact with people since childhood or because he is traumatized - as well as one who adorable cuddles and would remain curled up on the owner's legs all day.

Among the problems that most owners complain most often, we find:

We know that it is clearly easier to educate a kitten when it is really small to help him adapt to home life.

Another aspect to be clarified before understanding the tips to educate the cat concerns punishments. With the cat - as well as with the dog - there is absolutely no use to this approach. Indeed, they are even counterproductive.

Instead, what we should follow is a much simpler concept, which we often tend to forget: imitating the mother cat. Very often, in fact, it is difficult to try to understand someone who simply does not speak our language. The fact that dogs, cats and all other animals have their own body language make things certainly more complicated. There is an effective method to communicate with them; acting like their mother.

When the kittens begin to open up to the outside world, trying to find their place, they really get into a lot of trouble. If the mother is unable to manage their exuberance, they will most likely get themselves hurt or into trouble. Lets think, for example, of a little cat walking away from their mothers bed and exposing to the dangers of the road and other animals. Brothers also tend to hurt themselves whilst they are playing.

The mother slowly helps them to measure their strength creating the right balance between a fun game and an unfriendly scuffle. Have you ever seen a mother interrupt an overly exuberant children form hurting himself? She either lightly taps them on the nose or pushes them on the floor and licks them all over.

So why shouldn't we try it too?

We could gently tap their nose without exaggerating. What matters is the gesture. Or we could also try to make him lie firmly on his side, without holding him too tightly.

This solution works especially when (as it often happens with kittens) the game is becoming too wild and our pet begins to bite or scratch with more intensity. In this case, we should always remember that the game of "bed mice" - moving our hands under the sheets - is a real fun for the cat. However, in a few weeks its claws will assault us with each of our movements during the course of the night. 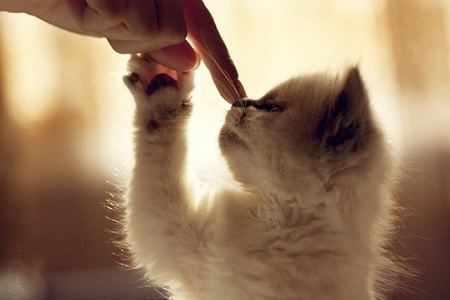 As for the animals that tend to scatter their excretions around the house, we must absolutely avoid shouting at him or even beating him. Archaic methods such as pressing the cat's face firmly into the pee are useless and incorrect. Precisely because of these gestures, in fact, some cats can even associate the act of urinating with something negative, developing dangerous psychological blockages every time they have to pee.

On the contrary, as we explained in depth in this article, we must first check that there are no health problems. Cats often face cystitis problems, which can be caused by bacteria but also more simply by stress. One of the symptoms of urinary tract inflammation is not being able to pee in the litter box. We must also consider the cleanliness of the toilet bin. Our cat will refuse to use the litter sand if is too perfumed or too dirty.

If we have ruled out these factors and the problem persists, we can adopt two strategies:

What if our cat was a climber or even wrecked objects? In this case, we should make sure to create a nice gym to leave at his disposal all day, but especially during the night, when cats become more active. We secure the most precious and most fragile objects (the top shelves are not safe in the presence of a cat) and we leave his shelves full of fun games. We must try to build a path that hides new games to play with for a long time. By doing this, his energies will discharge in a fun and above all safe way for everyone.