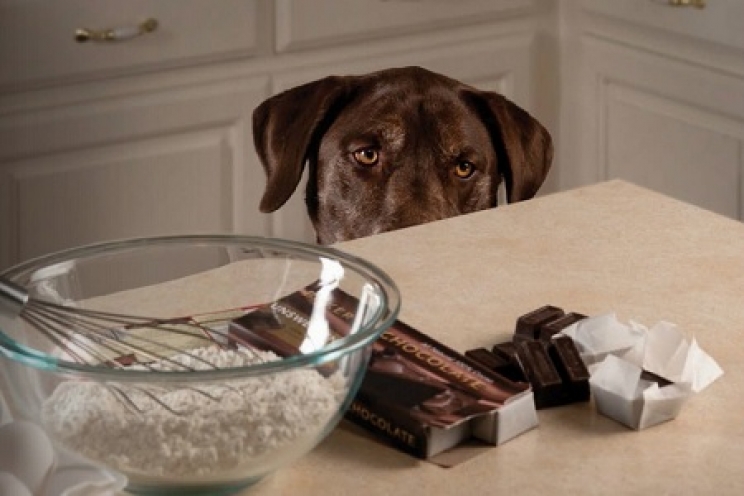 Dogs and cat eating chocolate! is it toxic?

Some argue that this is just a rumour, others categorically refuse to feed this to out four-legged friend. We speak of course of chocolate, one of the most toxic foods for dogs and cats, which unfortunately, not all owners recognize as such. Let's find out why chocolate and cocoa are dangerous for animals and what are the symptoms and therapies in case of ingestion.

Chocolate, tea, coffee and cola-based drinks help us stay awake and active immediately after ingesting them,we now consider them as our daily "fuel". This effect is due to the presence of alkaloid substances - called "methylxanthines" - different for each of these foods, but which have the same properties in common. In particular, we find caffeine in coffee, theophylline in tea and theobromine in chocolate.

The effects of xanthines on the body are mainly associated with:

All this occurs both in humans and in animals. The big difference, however, lies in the different metabolism - that is, the ability to eliminate a substance introduced into the body - between the various species. The dog and cat, in fact, disposes  theobromine very slowly compared to us, so its effects are more lasting. To this, we must also add the ingested dose; if for us a small square of chocolate often fails to even give us the effects we have just listed, it can even be fatal for our small animals, precisely because of the imposing action on the body.

In addition to the direct effect of theobromine, we must also consider that chocolate is often enriched with important quantities of sugars and fats, which of course are not good for our four-legged friends, increasing the risk of gastrointestinal disorders, pancreatitis and diabetes.

As for the cat, on the other hand, generally his demanding and picky palate in these cases is very useful. The sweet taste, in fact, is not very appreciated by felines, who in most cases disdain chocolate and various sweets.

In what quantities can it be toxic?

In the field of toxic substances, each potentially dangerous food is associated with a dose - Lethal Dose 50 or DL50 - capable of causing death in half of the animals that have taken it. For theobromine, we speak of a dose equal to 300 mg per kg of body weight of the animal, as regards the dog, 200 mg / kg for the cat. 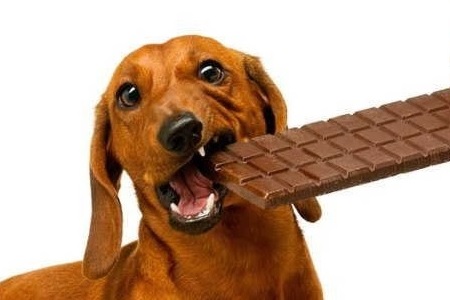 Theobromine is contained in high quantities in the raw cocoa bean, but its content tends to decrease during the manufacturing processes that will lead to our beloved chocolate bar. Therefore, we can say that on average there is a variable quantity based on the type of chocolate. On average, milk and white chocolate contain very little theobromine, because the percentage of cocoa compared to the other ingredients is minimal. On the contrary, dark chocolate is certainly the most dangerous, because it contains the highest percentage. Let's see in detail the content of theobromine in a 100 gram bar of chocolate, according to the different varieties:

At this point, we can calculate an estimate the dose of chocolate that can cause a toxic effect on the dog. For a small animal, for example a 3 kg Chihuahua, about 50 grams of excellent quality dark chocolate are sufficient, while for a 10 kg dog about 180 grams of the same variety will be needed. Instead, if we consider milk chocolate, clearly the intoxication will be caused by a much greater quantity, approximately 300 grams of product for each kg of body weight of the dog.

Another factor to consider is the size of the dog. It is clear that small dogs are much more sensitive to theobromine intoxication than large dogs, with the same quantity of product ingested.

The symptoms of chocolate intoxication

In principle, it is not said that a small piece of milk chocolate will cause great problems for our dog. In these cases, in fact, the same recommendations that our mothers reserved for us when we were young could apply. After eating a little more, we would certainly have had a great stomach ache, with possible vomiting or diarrhoea, which resolved in a short time.

A different matter is that of intoxication by higher doses of theobromine. Symptoms typically appear 2-4 hours after ingestion. In a first phase they include:

Subsequently, the situation tends to get worse, with:

If the quantities are excessive, serious internal bleeding can occur, which will lead to death of the animal in a short time.

The first thing to do, if your dog has ingested chocolate, is to contact the veterinarian immediately. Based on the quantity and type of chocolate, he can recommend an appropriate remedy. In any case, therapy should be timely, preferably within 2, maximum 4 hours form the assumption, or before the theobromine enters the circulation. Within the first 2 hours we can stimulate vomiting ourselves, to facilitate the elimination of chocolate, by giving the dog a solution made with one part of hydrogen peroxide and two parts of natural water.

If the amount ingested is very high or if 2 hours have already passed, we will have to run to the veterinarian, who will treat the intoxication by targeting the individual symptoms caused by poisoning, since there is no real antidote for theobromine. Treatment involves: 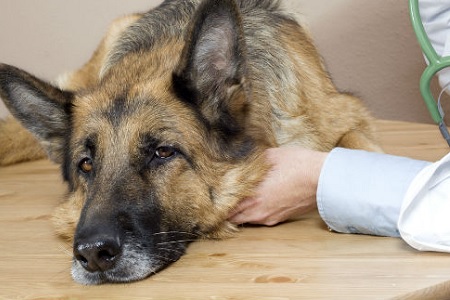 In most cases, if we manage to intervene promptly, our friend will be safe within a few hours of treatment.

Useful tip: if your dog accidentally ate chocolate, consult this site to calculate the risk depending on the weight of the animal and the quantity ingested.