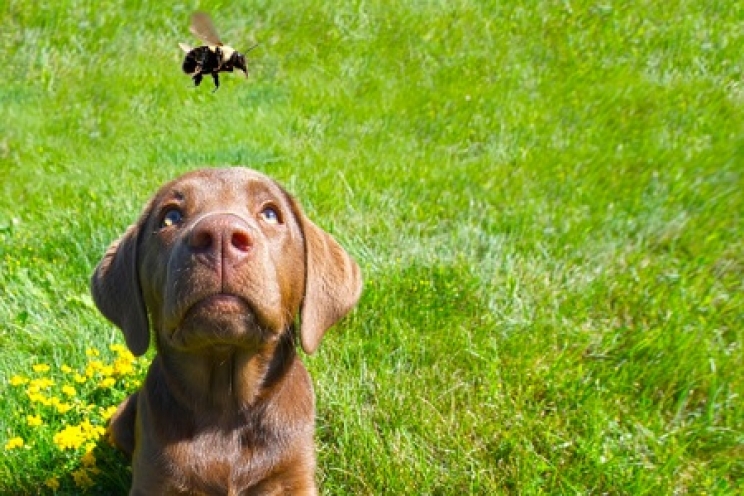 Bee, wasp and mosquito stings in dogs and cats

With the arrival of beautiful hot days we are all in a happier mood, even our pets. However, many dangers tend to awaken in the warmer months, putting a strain on the serenity and health of the dog and cat. In this article, we will mainly talk about insect bites in our animals, first of all bees, wasps and finally mosquitoes, which can create a significant nuisances and unpleasant consequences for their health.

As strange as it may seem, animals are really dangerously attracted to bees and wasps. The rather loud hum, the bright colours and their curious shape are particularly inviting for dogs and cats, who often try to chase them, capturing them with their legs or even with their mouths.

This can become a dangerous hobby for them as bees and wasps can easily sting them. Although similar, these two insects belonging to the Hymenoptera have some differences. 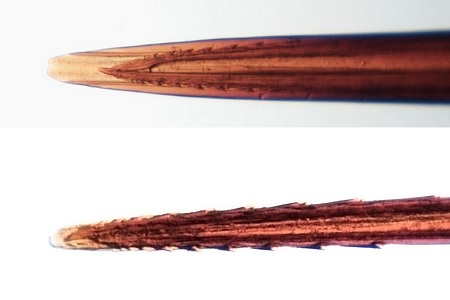 The bees have a more stocky body, with black and dark yellow stripes, tending towards ochre, covered with thick hair. The wasps, on the other hand, are more elongated, with a smooth body and black and bright yellow stripes, almost golden. Their nutrition is also different, since bees feed almost exclusively on the sugary substances present on flowers and wasps feed on other insects as well (as they have proper teeth).

Both are equipped with a threatening stinger at the end of the abdomen, with which they sting the victim, releasing the poison produced by a specific gland connected to this spike. Again, we find differences. The wasps have a smooth sting, which they easily extract from the victims, whilst the bees sting is pinned and notched near the tip, like the plastic ties that are put into the walls to insert the screws inside, which are made to go in but not to exit.

That's why bees are said to die after stinging someone; the sting remains stuck in the victim's skin, so when they try to move away, the sting literally tears from their body, creating a serious injury. However, the poison present in the sting continues to be released into the victim, because the gland that produces it remains inside it. The substances present in the poison triggers a very strong inflammation, which make the blood vessels widen and begin to "lose" water outwards, causing swelling, pain, itching and burning of the area.

We assume that unless the animal is allergic to bee or wasp poison, it will not die after being stung. In any case, as many of us will have had the misfortune to discover, the sting really hurts and brings the affected area to swell considerably. From this point of view, we can imagine what consequences a dog or cat who is stung on the nose or ingests a bee or wasp can face. The part swells, occluding the respiratory tract until the animal can no longer breathe.

If we see that the animal complains, looks at itself and tries to lick or bite a point on the body, such as the back, the side or the legs, we should immediately check the area. Does it appear swollen and red? We must immediately apply ice to reduce swelling. 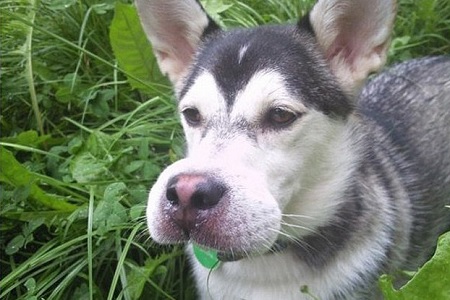 If we see the sting ourselves, we can try to remove it, but only if we do not have the opportunity to reach the nearest veterinarian in a few minutes. We must avoid using tweezers to grab and pull the stinger. Tightening it will only squeeze the poison inside it, so let's just use something stiff, like a cardboard or the tip of a knife to detach it as if it were a splinter.

If, on the other hand, we notice that the animal shows the symptoms of a serious allergic reaction (increased salivation, vomiting, itching, swelling of the eyes, tongue and throat, difficulty breathing) we must immediately run to the vet, without wasting time.

The best antidote for bee and wasp stings is cortisone, which must however be administered by the veterinarian in the dose and in the most suitable way for our dog / cat. The only possible alternative is to contact the veterinarian by phone, asking him how to intervene whilst waiting to reach the clinic.

For this reason, it is essential to always have a first aid kit with life-saving drugs on hand for our four-legged friend.

Mosquito bites are a problem that we are forced to endure throughout the summer, constantly scratching and filling ourselves with lotions and repellent sprays. For our dogs and cats bites can be just as annoying, forcing them to scratch constantly to relieve itching.

Furthermore, some animals may be allergic to the mosquito bite and in particular to its saliva. In these cases, the symptoms can vary from a rather intense itching, with swelling and redness of the area, which continues even for several days, up to real dermatitis, with crusts and dandruff. Anaphylactic mosquito shock due to the bite is rather rare, but the animal can still cause serious injuries in an attempt to relieve itching, scratching or licking itself. 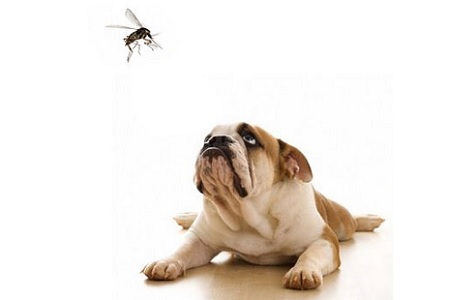 Another aspect that should not be overlooked of mosquito bites concerns the diseases that these can transmit. We speak above all of the much feared Filariasis, which mainly affects dogs, but in countries like ours, where the number of mosquitoes is truly impressive, it can also involve cats.

Cardiopulmonary filariasis is an infestation caused by round and white worms, called "Nematodes", precisely the Dirofilaria immitis. If a mosquito stings an infected animal, it will not only suck the blood but also the larvae of this parasite, which will grow inside it for several days, and then be inoculated into the blood of other animals. These worms then reach the heart, where they grow up to 15 centimeters in length, creating serious problems for the cardiovascular system and lungs.

Contrary to popular belief, Leishmaniasis is not transmitted by mosquitoes, but by a very similar insect, the sandfly, which can carry Leishmania infantum, a very dangerous parasite. Symptoms may appear even after a long time, and include: dermatitis, dandruff, distorted nails, injury to the ears, hair loss, weight loss and nosebleeds, up to severe kidney problems.

To protect our four-legged friends, we can use repellent products based on natural substances, such as Neem oil, in the form of a collar, spot-on or lotions to be applied to the whole body of the animal according to the instructions on the package. For the dog, it is possible to use multi purposes pesticides, which protect against fleas, ticks and mosquitoes. Remember that these products are toxic for cats, so we must always check that they do not contain permethrin before using them.