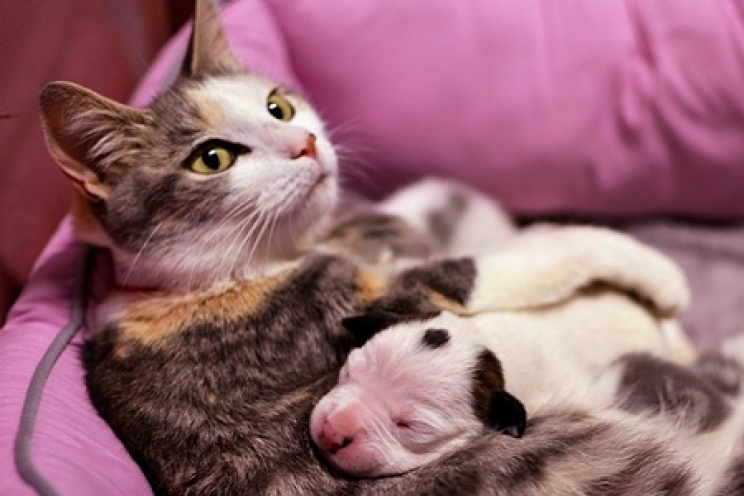 Mastitis in female dogs and cats: how to prevent it

Mastitis is a fairly common problem in female dogs and cats, especially during lactation, in the last period of pregnancy and even during phantom pregnancy. There are numerous treatments and remedies to prevent this from happening and to relieve the discomfort and pain generally associated with this problem.

First, it is good to clarify its meaning, before we can understand how to prevent it.

Mastitis is inflammation of the mammary gland. In most cases, the origin of the inflammation is of bacterial nature.

The mammary gland, in fact, is structured so that the milk can escape through the specific ducts and through the nipple. This means that, despite being deep inside the breast, the gland is in any case in contact with the external environment.

Many germs and bacteria are present on the tip of the nipple connected to the exterior, which in particular circumstances can easily go up through the nipple and its ducts, reaching the mammary gland.

Precisely for this reason, the risk factors that most frequently contributes to the onset of mastitis include above all:

In case of mastitis, the breasts appear swollen and red. When you touch them, they are hardened, hot and often painful. If the infection progresses, the localized inflammation of the mammary gland results in a real septic mastitis, with symptoms that affect the entire organism of the animal. Among these: fever, dejection, loss of appetite and lethargy.

Mastitis also involves very strong pain. The mother may decide to refuse breastfeeding and take care for the babies, sometimes even attacking them. Precisely for this reason, the risk that the puppies do not survive, especially if with a few days of life, is very high.

How to prevent it

It is practically impossible to expect the abdomen of our animals to remain perfectly clean. However, some tricks can be put into practice to reduce contamination by bacteria. For example:

The most suitable treatment in case of mastitis involves the administration of antibiotics for a fairly prolonged period of time. In case of pain, your vet can recommend an anti-inflammatory that does not put the health of the little babies breastfeeding at risk.

As for breastfeeding, in milder cases, it should not be suspended at all. Instead, it should be encouraged with the use of specific food and supplements that stimulate the production and release of milk.

In severe cases, however, the infection may have reached such high levels as to irreparably compromise the hygiene of the milk. In case of important changes in the consistency or colour of the milk, or even traces of blood, it may be necessary to remove the babies from the mother and to proceed with an alternative feeding formula for the puppies and kittens.