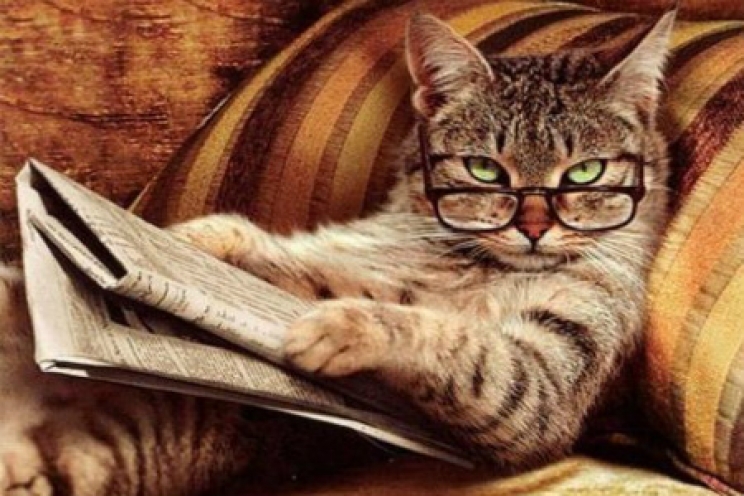 Your cat is stressed, we treat him like a dog

Dear animal friends, the time has finally come to consider the cat for what it really is: a proud and independent feline. Perhaps not everyone knows that the cat is very different from the dog and that its domestication cannot be considered as total.

The cat is an incredibly mystical animal, which is governed by nature and its rhythms. It is no coincidence that he loves nightlife. He can see in the night and enjoys exploring the world in a 'different' lighting.

Many times humans think that cats are similar to dogs, so they expect the same devotion and the same amount of affection. This will never be possible, as cats have a completely different natural disposition, which leads them to behave in a totally different way. We sometimes treat our cats as if they were dogs and expect them to be as cuddly as we are all the time.

Hence, human beings tend to fill kittens with cuddles and want their presence to be constant.

This is not fair and can be counterproductive for our feline friends. An interesting study by John Bradshaw, director of the anthropology department at the University of Bristol, revealed that modern cats are very stressed compared to their ancestors, as owners expect felines to live in confined spaces and cuddle for hours like they would do with a dog puppy.

The cat is an absolutely free animal, which needs large natural spaces to live a happy existence. The cat loves to climb trees, hunt small animals and run after butterflies. Unlike the dog, it needs contact with the earth. In fact, a cat can lie for hours on a haystack or on a nice fresh lawn. Bradshaw himself admits that giving too much attention to the cat is counterproductive and can give rise to stress diseases such as cystitis and dermatitis, which are increasing in the feline world.

The stressed cat licks itself continuously in certain points of the body, tends to isolate itself and to mark the territory urinating everywhere, even if sterilized. These behaviours are not symptomatic of a happy life. Cat owners must understand their pets actual needs which are freedom and a lot of autonomous space. Only by doing this, can they live peacefully, engage in favourite activities and enjoy excellent health.

Last but not least, lets analyze the relationship with technology. Do we think cats loves selfies? Well, we are wrong. Not only does the cat hate the electromagnetic waves of multimedia devices, but it also can't stand lights that are too strong such as flashes.

According to experts, the massive communication regarding kittens has led to a misunderstanding of its true nature in the new generation.

It is important that children are educated and shown how to treat cats from a young age so they can fully understand their needs. Once we have done this, coexistence can be perfect and kittens can show all their affection. Obviously in their own special way.

It is essential for us to focus on other more important aspects in our pet, such as proper nutrition and plenty of outdoor space available to move and play. We must remember that although the cat has undergone an incredible evolution over the centuries, its nature as a feline will stay forever!