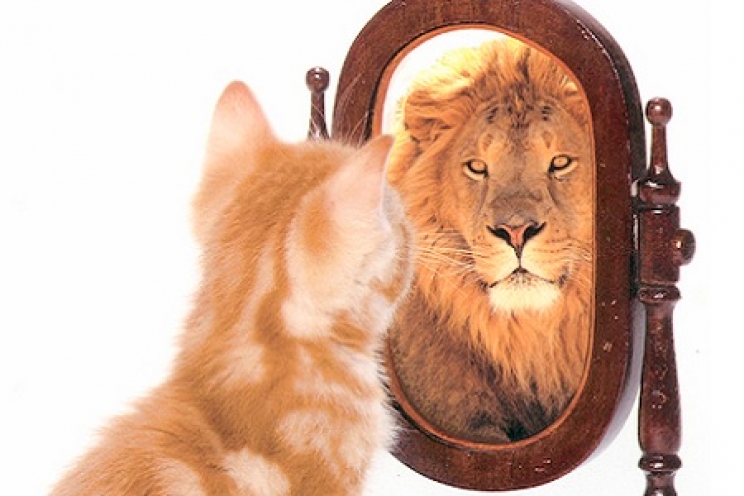 What cats and dogs see in the mirror

The question arises automatically every time we watch the numerous videos of dogs and cats fighting, playing or running away from their own image reflected in the mirror. What do animals actually see every time they look at each other? Are they able to recognize themselves? The response of ethologists is quite clear.

Dogs and cats are part of the large category of animals that is unable to develop visual self-recognition. This means that their brain does not have the ability to understand who the image reflected in a mirror belongs to, unlike other animals, such as dolphins, magpies, elephants and great apes, such as orangutans, chimpanzees and gorillas.

We can compare this to the cognitive development of children, who, according to the most founded theories, would learn the ability to visually recognize themselves only starting from 18 months of age. 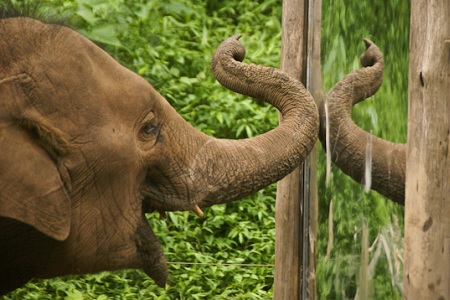 According to modern ethology, as expressed by Dr. Diana Reiss, even for animals, as for people, self-recognition requires a series of well-defined steps. The first of these is the so-called "Groucho phase", during which the animal begins to move slowly and easily to understand if the reflected image is able to follow its gestures.

Animals that have the ability to recognize themselves in the mirror might be elephants and dolphins that have proven to be able to position themselves in front of the mirror, and reflect some specific parts of the body, such as the inside the mouth.

During an experiment, in particular, the animals were marked with a red X on the body. Only a few species could identify it, turning around so that it was visible in the mirror. Indeed, during the same study the elephants proved to be able to even indicate the X with the trunk on their body.

In contrast, dogs and cats did not show the same result. What emerged, rather, is that the puppies behave as if the reflected image belonged to another animal, with which to explore, fight or play. Very similar reactions to those of a child.

However, if on the one hand dogs and cats do not have this ability, they know very well how to compensate for this lack. Their sense of smell is in fact much more developed than ours and many other animals, so they simply prefer to rely on their nose to recognize themselves and others. In essence, for cats and dogs, the smell represents the identification card of an individual.