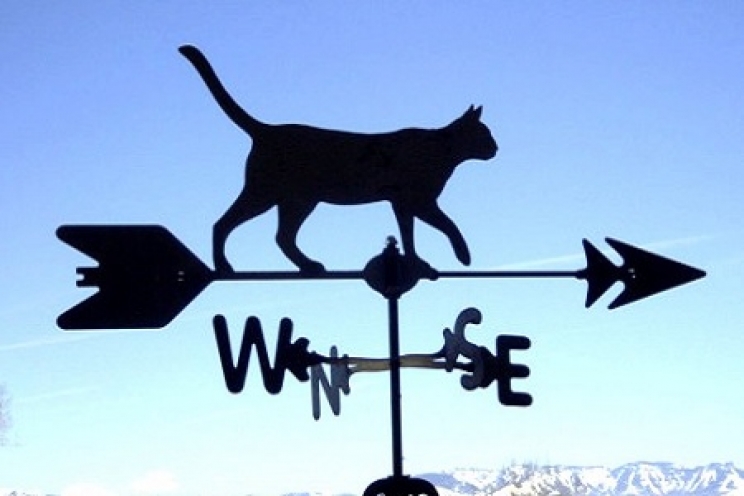 In ancient times, when all the technologies currently available to us had not yet been developed, to be able to perceive the climatic variations our grandparents relied on ancient proverbs. "Red sky at night, shepherds delight" is known to all of us, as well as the popular belief that cats would be able to warn us when the weather is about to change, especially just before a thunderstorm or downpour. Will it be true?

This belief dates back to very ancient times, according to what appears in the sources handed down to the present day. In particular, according to Lieutenant H.H.C. Dunwoody, as expressed in his Wheater Proverbs in 1883, cats would be very reliable. For example, we should especially observe some details, such as: 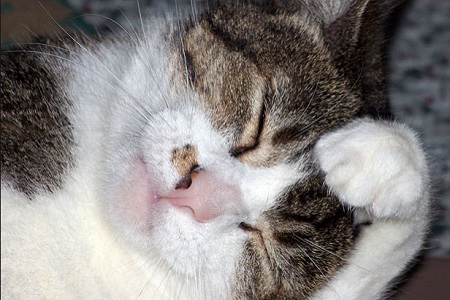 Some of these may actually prove to be simple popular beliefs, or maybe not. In fact, it would seem that cats are really able to perceive an incoming storm, beginning to frantically lick their fur.

The reason for this behaviour does not depend on some magical power that cats would possess, but in perfectly explainable events.

Cats are likely to hear thunder in the distance, thanks to their particularly developed hearing, or they may experience changes in atmospheric pressure. The second hypothesis is the most accredited, considering above all that some felines manage to predict the storm even several hours before its arrival.

The reason for this phenomenon would be due to the fact that the coat of cats is sensitive to humidity present in the air. When the storm is approaching, the humidity level increases, accumulating on the cat's fur. As a result, they will feel more "electrified" and will try to decrease the electrical charge on the hair, just by licking each other. Their behaviour could also change, transforming them into wild and active cats.

So, if you are planning a nice trip out of town, ask him for a weather report first.